On the morning of Friday, September 7, 2018. Wang Xiaohui, head of the Foreign Economic and Trade Section of the Jianggan District Business Bureau of Hangzhou, Zhejiang Province, Yang Yanjun, deputy section chief of the Foreign Trade and Economics Department of the Bureau of Commerce, and Xu Da, the head of the Zhanongkou Street Economic Development Section, came to our company to inspect Siyiou and the foreign trade express train project.

Mr. He Xuming, CEO of Siyiou, and Mr. Xu Suyuan, Senior Vice President of Siyiou, accompanied and introduce the company and products, development milestone, technical achievements, qualification honor and the culture of corporate. (The following picture)

During the period, He Xuming, the CEO of SIYIOU gave a general introduction to Siyiou and the foreign trade express. Since the launch of the foreign express train in early 2014, it has accumulated nearly 20,000 paid users and has become NEEQ-listed company.After the market trial, the product has been updated and iterated several times, and the function and user-friendliness have been improved absolutely. At present, the products are moving towards the direction of big data and intelligent network marketing. 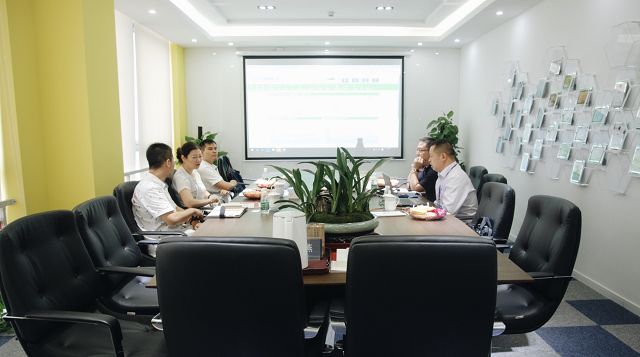